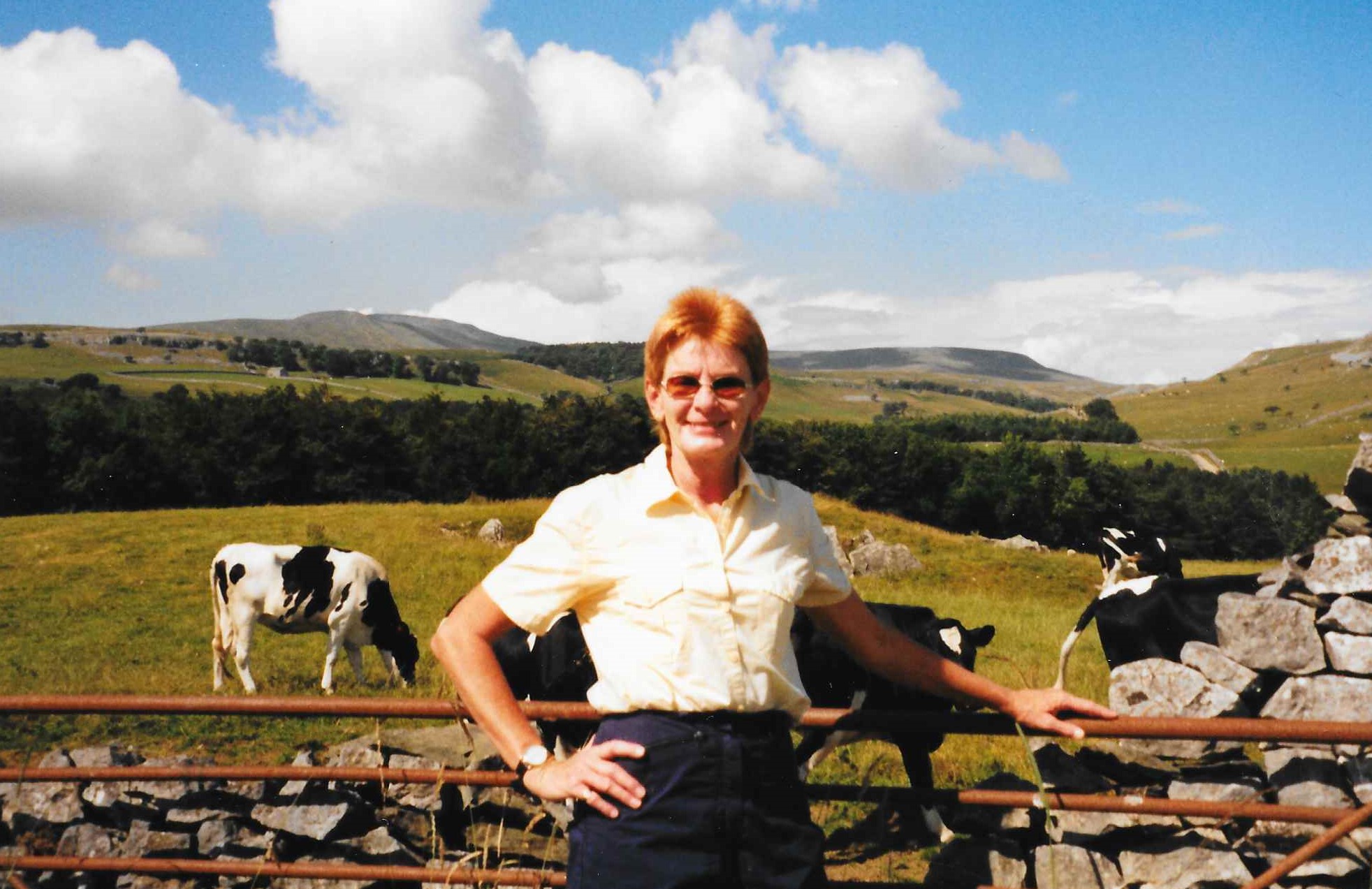 Before having total ankle replacement surgery at Spire Leeds Hospital, Barbara Davison could only walk a short distance with the help of a walking stick.

Today, Barbara, 72, a retired farmer who lives in Barnoldswick in North Yorkshire is pain free and can comfortably walk several miles.

The problem first started three years ago. Barbara woke up with a painful left ankle and a limp which never went away. What started as a niggling pain eventually became debilitating. She developed a slight deformity and wasn’t able to walk without a painfully altered gait – her foot was angled out sideways. Every aspect of Barbara’s daily life was affected, she had to rely on friends to do her shopping and was not able to travel to visit her son and six-year-old twin grandsons in Surrey.

Barbara carried out detailed research online and found Professor Nick Harris, consultant orthopaedic and trauma surgeon at Spire Leeds Hospital. “He had many good reviews and I discovered he was the man to go to with ankle problems.”

She scheduled an appointment with Prof Harris who carried out a thorough examination. X-rays showed severe end-stage arthritis in the left ankle together with valgus tilting. He discussed the surgical options with Barbara, which involved either an ankle fusion or total ankle replacement. Of the 30,000 cases of ankle osteoarthritis seen by hospital specialists every year, only about 1,200 of them will undergo ankle replacement surgery as fusion surgery is much more commonly performed. *

Ankle replacement offers a quicker recovery than fusion with patients being able to fully weight bear after two weeks. Ankle fusion remains the most reliable treatment but has a longer recovery time of around 14 weeks. Barbara chose an ankle replacement and self-funded the surgery in May 2018.

After two weeks immobilised in plaster she spent a further four weeks wearing a special walker boot, which protects the ankle whilst the bone grows into the surface of the implant in a process called osseointegration. This was followed by a prescribed regime from Spire’s physiotherapy team to be done at home, Barbara is now back to full fitness.

Barbara has always led an active life. She and her late husband used to farm 150 acres in Leyburn, North Yorkshire. After losing her husband and daughter in a traffic accident almost 40 years ago, Barbara continued farming on her own for 13 years before retiring and moving closer to her family.

“I’m used to being active. For the first time in three years I’m walking without pain. It’s wonderful!” she said.

Barbara had the Infinity total ankle replacement.  The distal tibia (lower shinbone) and superior surface of the talus (the small bone situated above the heel bone) were replaced. Prof Harris said early results of this implant are excellent.  “The prostheses used in ankle replacement replicate the shape and mechanics of the ankle joint and move in the same way. In difficult cases where there is severe deformity or bone loss it is possible to have custom-made patient-specific cutting blocks (a metal block attached to the bone through which precision cuts are made) with the aim of making the surgery more accurate and reliable.”

Total ankle replacement is still not a common procedure compared to hip and knee replacements.  It’s used to treat end-stage arthritis.  The commonest cause of ankle arthritis is post-traumatic following ankle fractures.  Other causes include primary arthritis and inflammatory conditions such as rheumatoid arthritis.

Today, commenting six months post-surgery, Professor Harris said, “The future looks bright for Barbara. Her walking distance is improved and she has no limitations on her physical activity. She has excellent range of movement restored and at least an 89% chance the replacement will last for ten years or more.”

Osteochondral Lesion of the Ankle
Huddersfield man one of first to benefit from latest procedure in total ankle replacement
COVID Update
We are now able to offer face to face as well as telephone and video link consultations. All patients are provided with face masks on arrival and their temperature is taken. The clinics are being run at reduced capacity to respect social distancing. The hospital staff are being tested regularly. We are also now starting routine as well as urgent surgery. If you have any concerns or want to book an appointment, please ring my secretary on 0113 2185942
X