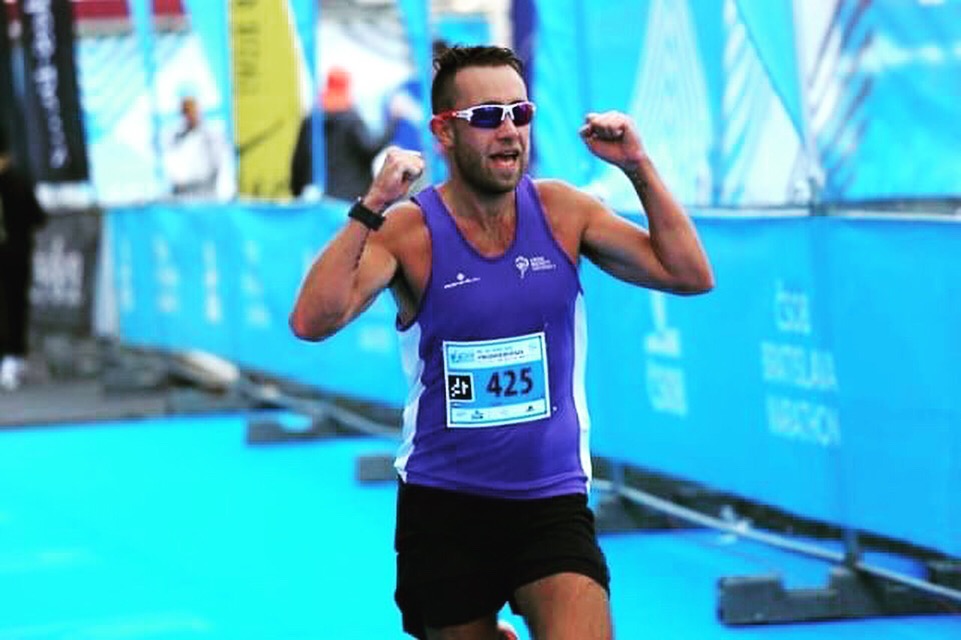 When Nick Little suffered a serious injury to his shinbone while competing in a race in Leeds he feared his running days might be over.

Nick, 27, a keen long-distance runner who clocks up around 75 miles a week, was devastated. He wasn’t able to run for three months and could barely walk. Every step was painful and he had to hobble on crutches just to get around.

Today, after having surgery at Spire Leeds Hospital, Nick is back at competition level after making a sensational comeback to running in April this year and achieving his fastest ever running time in the Bratislava Marathon, achieving 7th place out of 6,000 runners.

The problem first started four years ago for Nick, who is single and currently lives in Dubai where he teaches at a British curriculum school. After graduating from Leeds Metropolitan University, he was teaching at schools in Leeds and competing in a series of races around the UK when he fractured the tibia (long bone) in his right lower leg. However, it was not correctly diagnosed straight away. It was thought to be shin splints and doctors prescribed ‘rest’.

“I had a range of diagnoses from doctors, but all without confirmation or any actual treatment prescribed other than rest. I didn’t think it was shin splints as I had had those before and this injury felt very different. I suspected it was a stress fracture.”

Nick desperately wanted to return to running and he started a cycle of resting for 2-4 months and then running before resting again. However, the pain kept returning. It reached its worst point in April 2017 when the day after training he physically couldn’t walk and was unable to do so for a fortnight. Even after that every step was painful and at that point he knew he had to do something about it if he was ever to return to competitive running.

He asked his GP for a referral and went to see Professor Nick Harris, consultant orthopaedic surgeon at Spire Leeds Hospital.

Prof Harris suspected a stress fracture and arranged an MRI and CT scan immediately which confirmed this diagnosis.

Nick said, “From the outset Prof Harris understood that I didn’t just want to be able to walk around pain-free but actually wanted to be able to run at a very competitive level.” 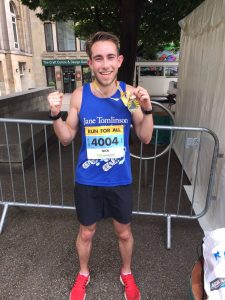 Prof Harris said, “Stress fractures of the tibia are some of the most serious stress fractures of the lower leg as most of the body weight is supported by the tibia. They are difficult to diagnose and even more difficult to get to heal. Mr Little wanted to try and avoid surgery in the first instance so he chose a non-surgical route which involved wearing a walker boot for six weeks and avoiding running for another six weeks. During this period he also used a bone stimulator to try and encourage bone healing. Unfortunately the fracture did not heal completely with non-operative treatment.”

However, Nick was determined to return to running and for the next six months slowly built up to longer distances. Unfortunately the pain returned and he made an appointment to see Prof Harris again in April 2018.

Nick said, “We had a very frank conversation about my options. We had tried the non-surgical route and I had not been able to return to competitive running as planned. So it was not a dilemma at this point to choose the surgical route that we had originally tried to avoid because after three years of the same issue I just wanted to be done with the injury and improve my running in the long term.”

In May 2018 Nick underwent a tibial nailing procedure where a metal rod is inserted inside the tibia bone to share the load that goes through the tibia when impacting the ground. Surgery involves an incision being made at the level of the knee and a metal rod (nail) 10mm in diameter and 34.5 cm in length is inserted into the bone. It is then secured in the bone with transverse screws at the level of the knee and ankle.

Surgery went exactly as planned and after two weeks of rest he was able to return to work.

Nick said, “I was amazed at how quickly my recovery happened. I was a little stiff at first however I was able to move around well enough and it only took a further couple of weeks to get back to fairly normal mobility. A prescribed rehab regime started soon after to build back the muscle that had been lost due to resting.”

Nick’s rehab was further boosted by the use of the state-of-the-art Alter G anti-gravity treadmill at Spire’s physio, rehabilitation, sports medicine and advanced performance centre. The Alter G removes the normal impact on joints caused by the body’s own weight. It is used to help a broad spectrum of people from top level athletes to orthopaedic and neurological patients or those who simply want to lose weight.

“I was amazed at being able to run so quickly after surgery and was very lucky to be able to use the anti-gravity treadmill to boost my recovery programme. Even if I had taken the non-surgical route I’d only be halfway through the rest period at this stage.”

Further scans following the rehab period revealed the fracture had healed and Nick was able to make his planned move to Dubai in August to take up a teaching post. He continued to build up his fitness. He had a further scan in Dubai in December and sent the report to Prof Harris. It showed the stress fracture had fully healed.

“I was finally able to return to training without the worry of the old issues returning and I entered to run the Bratislava Marathon 2019 in Slovakia in April – my first in three years.”

Nick made a sensational comeback in the Bratislava Marathon achieving his fastest ever time of 2:43:39, a time under the UK Championship Standard marker and was placed 7th of around 6,000 runners.

“I feel so grateful to be in a position to be running injury-free for the first time since the summer of 2015. I honestly cannot praise Prof Harris and the staff at Spire highly enough. From the start Prof understood my issues and what I wanted to achieve. He made sure that when I left for Dubai he provided me with details of what I needed to do even when not under his care anymore. I was fortunate to have access to the anti-gravity treadmill during my rehab and I really believe it helped to speed up my recovery and got me back on route to being able to run at a very competitive level.”

Nick is planning to run in a couple of races in the UK in the next few months. His next major goal will be to lower his personal best at the Valencia Marathon in December this year.

Airline pilot Richard Mavor is taking on extreme challenges just months after severing his Achilles tendon
Lipogems Joint Preservation Clinic Opens at The Yorkshire Clinic, Bingley
COVID Update
We are now able to offer face to face as well as telephone and video link consultations. All patients are provided with face masks on arrival and their temperature is taken. The clinics are being run at reduced capacity to respect social distancing. The hospital staff are being tested regularly. We are also now starting routine as well as urgent surgery. If you have any concerns or want to book an appointment, please ring my secretary on 0113 2185942
X