Bunion surgery – I feel that Mr Harris has ‘performed a miracle’ 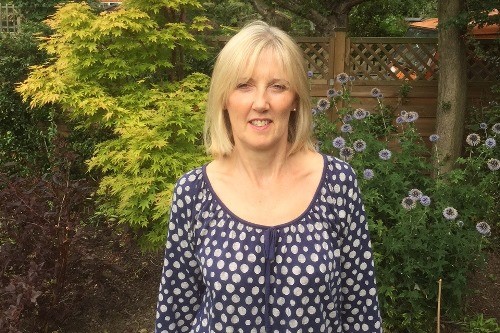 Julie, a medical receptionist from Alwoodley, Leeds suffered from prominent and painful bunions.

To add to the misery, she also had bunionettes – a bump that develops on the outside of the foot near the base of the little toe. “It felt like I was walking on a pebble,” said Julie.

Bunions can be hereditary. “Both my mum and grandma had bunions and neither of them had surgery to correct it. My grandma could barely walk and my mum could only walk wearing surgical shoes. I didn’t want to end up that way,” said Julie, 56, a former medical representative.

Julie didn’t wear skyscraper heels, she prefers trainers, which were better suited to her sporty, active lifestyle. She’s a keen runner and over the years has participated in 10k charity fundraisers. However, after doing those runs she would be in excruciating pain and had to reduce her activity for the last two years.  “After running, the bunions would throb for days. It was like living with a constant toothache that sometimes becomes more severe. I kept putting off having surgery but finally decided I couldn’t carry on in this way; it was stopping me from leading the life I wanted. ”

Julie chose to have surgery under the care of Mr Nick Harris, consultant orthopaedic surgeon at Spire Leeds Hospital. She underwent excision of the bunion and bunionette together with corrective osteotomies – surgical operations where a bone is cut to change its alignment – in February 2016. After discussing options with Mr Harris she had surgery on her left foot first which meant she could be mobile during her recovery. She plans to have the other foot done in the coming months.

Mr Harris said Julie was suffering from severe pain around both her big toe and fifth toe. She had great difficulty with shoe wear and was also experiencing pain in her knees due to her altered walking style. Surgery involved breaking the bones and re-fixing in a corrected position to realign the big toe and fifth toe.

Surgery takes around an hour and Julie was able to go home the same day. She was advised to keep her foot elevated for two weeks. After surgery, patients wear a surgical boot and have to walk on their heel and avoid driving for six weeks whilst the foot heals. Mr Harris said, “Around one third of people who wear shoes have some degree of bunion compared to two percent of people who don’t wear shoes. So it would appear shoes are a significant contributing factor.

“It’s unusual for a patient to have both a bunion and bunionette. However, sometimes if patients have a large bunion it leads to crowding of the other toes which can cause pressure on the small toe when wearing shoes.” Mr Harris added, “Julie did particularly well. The surgery not only cured her foot pain but also settled her knee pain and improved her walking.”

“The best thing about it now is there is no pain in that foot whatsoever. I feel that Mr Harris has ‘performed a miracle’,” she said.

Julie has set herself a challenge. She plans to run in all the Jane Tomlinson 10k races the year she turns 60 in four year’s time. “I did it four years ago. I think there are eight challenges int he race now, and I aim to complete all of them.”

Bunions occur when the foot rolls inwards, putting weight onto the metatarsal bone – the lower joint of the big toe. Over time, the bone becomes inflamed and the surrounding area swells with synovial fluid – the lubricating fluid that protects the bone – which, in turn, prevents the muscles and ligaments from holding the toe straight. In the worst-case scenario, the joint can actually detach.

Also known as a Tailor’s Bunion, bunionettes were first describe in tailors who used to sit in a cross-legged position causing friction between the 5th metatarsal head and the hard surface they were sitting on.

Otley Granny On Course to Run the World!
Yorkshire cure for painful condition Morton’s Neuroma caused by high heels
COVID Update
We are now able to offer face to face as well as telephone and video link consultations. All patients are provided with face masks on arrival and their temperature is taken. The clinics are being run at reduced capacity to respect social distancing. The hospital staff are being tested regularly. We are also now starting routine as well as urgent surgery. If you have any concerns or want to book an appointment, please ring my secretary on 0113 2185942
X