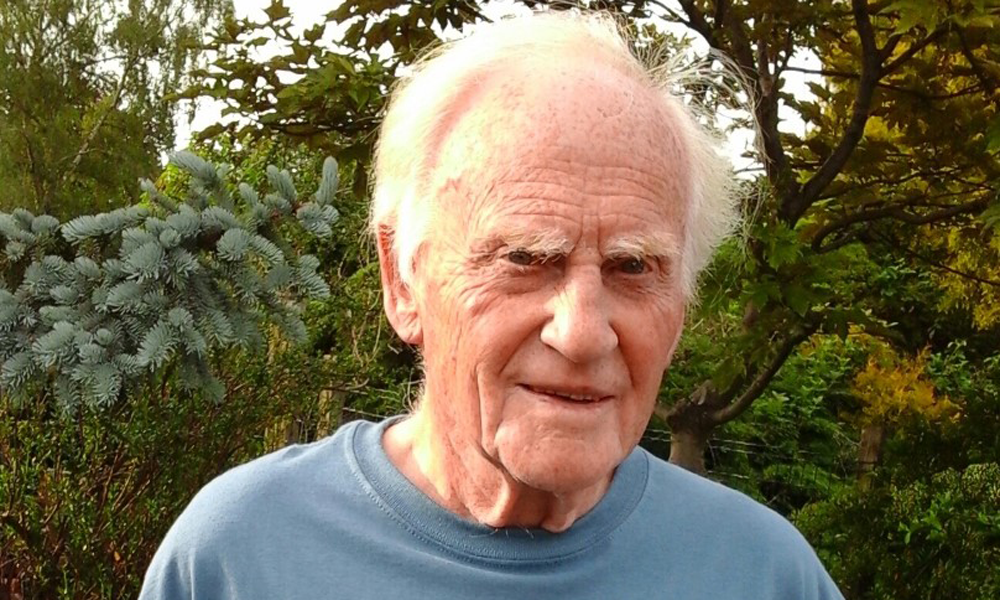 After many years of enjoying an active lifestyle John Sanderson found himself struggling to walk due to his severely arthritic ankle. It became so bad he was forced to stop playing his beloved game of cricket. Pain literally stopped him in his tracks as his left ankle had deteriorated to the point it was causing bone to rub on bone.

After undergoing a total ankle replacement at Spire Leeds Hospital, John was able to return to the cricket pitch and today he continues to enjoy the game. What’s more remarkable, the 81-year-old grandfather of four and former PE teacher has since climbed the equivalent of the world’s highest mountain. During lockdown, self-isolating together with his wife Ruth, and keen to build his fitness levels, John set himself a challenge. He exercised by climbing the stairs in his home. He kept count and completed his first challenge of 44,000 steps (averaging 600 feet a day). He says it’s the equivalent of climbing Mount Everest, which is over 29,000 feet.

John said, “I wanted to ensure I kept up my fitness levels as lockdown had restricted my outdoor activities. I started to climb the stairs at home and it became a daily regime. I’ve since continued to add to that number and have now reached a total of 116, 000 feet.”

When John reached the point over four years ago when pain meant he was literally stopped in his tracks he was referred to Professor Nick Harris, consultant foot and ankle surgeon at Spire.  X-rays revealed osteoarthritis and due to loose ligaments, his ankle was tipping over to the side. He underwent a left total ankle replacement in October 2016, enabling him to go back to the activities he enjoyed in the past and to set himself new physical challenges.

Professor Harris, who has performed over 400 ankle replacements over the last 20 years, said, “Without surgery Mr Sanderson would have suffered increasing pain and deformity with an associated reduction in his levels of activity. The procedure involved replacing the end of the tibia and top of the ankle bone (talus) with metal components and a plastic bearing between the two, very much like a smaller version of knee replacement. Bespoke implants are now being manufactured based on a patients pre-operative CT scan. Ankle replacements, although increasing in numbers are still uncommon. About 1,000 are performed each year compared to 100,000 knee replacements. They are usually reserved for older patients.”

Being an ‘older’ patient hasn’t stopped John. Three weeks ago he climbed a real mountain – Goat Fell, the highest mountain on the Isle of Arran. John said, “Goat Fell is 2,800 feet high, my ankle did ache a bit after the first seven miles, but I figured that’s not too bad!”

Over the years he has also completed all of the Lake District’s 214 fells (hills and mountains) featured in Alfred Wainwright’s seven-volume pictorial guide and is planning to tackle some of those once again during a planned trip in August.

John, who also had two knee replacement in past years said, “I would recommend Professor Nick Harris to anyone who needs an ankle replacement. I’m very grateful to him. If I hadn’t had the surgery I would not be able to do any of this. You have to work hard on your physiotherapy and rehab exercises to make a good recovery and I think having a positive mental attitude helped. For me the benefits of surgery have made it very worthwhile. I thought I would never play cricket again or go hiking in the mountains. I’m able to do things I couldn’t imagine doing before the surgery.”

John added, “I’m looking for my next mountain to climb. I’m not slowing down. In fact, I’m hoping to achieve more and more!”

Sensational comeback for long distance runner after successful surgery
Grimsby mum hits the ground running after serious injury
COVID Update
We are now able to offer face to face as well as telephone and video link consultations. All patients are provided with face masks on arrival and their temperature is taken. The clinics are being run at reduced capacity to respect social distancing. The hospital staff are being tested regularly. We are also now starting routine as well as urgent surgery. If you have any concerns or want to book an appointment, please ring my secretary on 0113 2185942
X